Sound Meetings are organised by Danae Stefanou and Yannis Kotsonis, in collaboration with the Syros Institute and an expanding network of guest artists and collaborators. For a list of collaborations, see Links

Danae Stefanou is a performer and musicologist, and an Assistant Professor at the Department of Music Studies, Aristotle University of Thessaloniki. She studied music in the U.K. and worked as a researcher and part-time lecturer at the University of London until 2007. She plays in the electroacoustic improvisation duo Acte Vide with Yannis Kotsonis, and pursues practice-based and field research on improvisation in various educational contexts. She is currently co-ordinating a project on free improvisation initiatives in Greek universities, and is the editor and translator of the first Greek edition of Michael Nyman's Experimental Music (Editions 8, 2012). 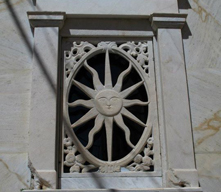